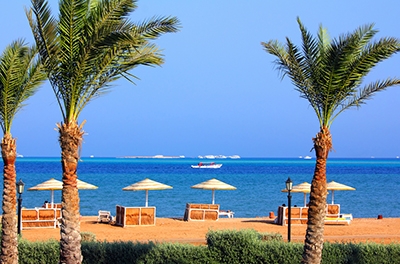 Golf is one of the most popular games in the world. It is played by the young and old, rich and poor alike. The game requires some specialized gear, but the nature of it means that many different ability and mobility levels are acceptable for golf. It is a game that makes so many people feel like equals. However, not all golf courses are created equal. Golf courses are best when they incorporate smooth, well-kept grass and gentle changes in elevation. Hills and valleys, as well as bodies of water, are necessary to make a successful golf course. Certain places are just better for the construction of golf courses. New Zealand is one of the best places in the world for golfing. That is why New Zealand golf tours are so popular. They offer a widely varied experience of golfing in one of the best golfing locales in the world. You probably know how great New Zealand golf can be, but do you know how golf came to be in New Zealand? It is not a Pacific game. It is not even an English game. So where did golf come from? How did it get to the island?

Paganica was a game that was played by the ancient Romans during the first and second centuries BCE. It was a game that seemed to have involved a bent stick that players used to hit a stuffed leather ball. The leather ball appears to have been called a paganica as well. The ball was stuffed with feathers. Many historians think this might have been a precursor to the modern game of golf. The modern game of golf is thought to have been invented in Scotland, so it leads one to wonder how paganica spread from Rome to Scotland and then morphed into golf. Well, most of the island of Britain and the rest of Europe fell to the Roman Republic and later, the Roman Empire by the third century CE. So, it stands to reason that many of the Roman games spread to the island of Britain with the rest of Roman culture.

Some people think that paganica was not actually the origins of the game of golf, but instead, it was a Chinese game called chuiwan. The name chuiwan translates to “ball hitting”. The rules of chuiwan were somewhat similar to modern golf. Chuiwan used a set of 10 clubs. They also had balls of different sizes that were usually made of wood. Throughout an assortment of terrain were holes of differing difficulties. Each hole was marked by a coloured flag. The game declined in popularity during the Qing Dynasty, but it remained popular for children and women.

No matter the direct origin of the game, it definitely spread to New Zealand through the British Empire. In the 1850s and 60s, many of the English became very interested in Scottish culture. Because of this renewed interest, they started playing the Scottish game of golf. It spread to all corners of the British Empire, including New Zealand.

The History Of Debt Recovery

Staying on Schedule When Traveling With Family

Do You Need a Lawyer When Filing for Divorce?