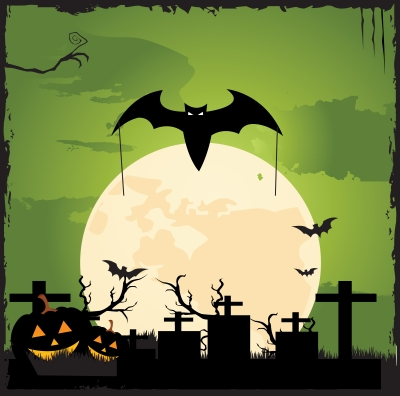 If you’re searching for spooky stories from the UK look no further than the town of Halifax. Did you know that many places in Halifax are believed to be haunted – including a bingo hall and an old railway station? Psychics believe that the area is particularly active in the paranormal. Take a peek at these eerie sightings around Halifax and see what you believe.

One of the most Haunted Bingo Halls in the UK is believed to be in Halifax. Now a nightclub, the former Theatre Royal used to seat up to 2,000 people in the audience. It was one of the oldest theatres in the area until it was turned into a cinema in the 30s, and a bingo hall in the 60s. It is said that the ladies toilets are haunted and people have reported strange lights and the machines switching on and off by themselves.

The old Shibden Hall in Halifax was originally constructed in 1420. This place is believed to be haunted by a prior owner of the hall, and there have been strange sightings of globes of light that are thought to be a sign of spirit presence. Also, Piece Hall in Halifax is haunted by several market men who used to work in the cloth market during the 1700s. And Kershaw House in Luddenden Foot, which was completed in 1650, is the home of ghosts of Quaker and Roman soldiers.

The Square Chapel in Halifax is believed to be haunted by a ghost called the “Soul Collector” as well as several other apparitions that have appeared at various times during the building’s long history – it was built in 1772.

The Old Cock Inn in Halifax is the home to a ghostly chambermaid that haunts the place with her baby. The building was originally constructed in the 1580s and was turned into an inn in 1688. The White Swan Hotel was once the leading hotel in town and there have been some reports of paranormal activity there.

The building that used to be the waiting room at Halifax station is now used as an office block but it is said to be haunted by the ghost of a passenger, and the ghosts of people who used to work on the railway. Halifax Town Hall is also said to be visited by spirits, including the ghost of a former mayor who has been spotted in his formal robes. It seems Halifax is right up there among the most haunted places in the UK!

Get Comprehensive Information Online For Upcoming Concerts In Wisconsin

Ham Radio Operators Are Licensed Via The Communications Authority