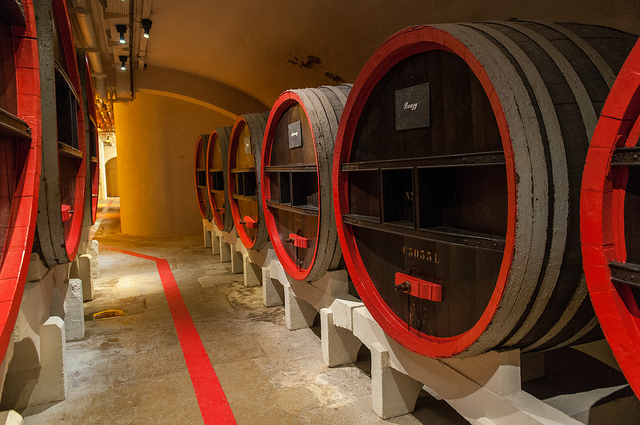 Reims is a city in the Champagne, Ardenne region of France. It lies in the northeastern part of France. Many of the largest champagne producing house known as les grandes marques are present in the city of Reims.

The Veuve Clicquot champagne producing house is just 140 kilometers away from Paris. It is a two and a half hour journey to the house. The tour is a guided one and includes tasting champagne along with constant commentary. The tour provides a lot of information about champagne and its interesting facts. The guides are very considerate and caring.

During the tour, the guides also tell about the history of Veuve Clicquot. The entire champagne enterprise was initially established by Philippe Clicquot and was then passed on to his son Francois Clicquot, who married Barbe Nicole Ponsardin and died leaving his wife at the age of twenty-seven. She managed the business and developed it to what it is today. The company was named Veuve Clicquot as “Veuve” means widow in French. The bottles have a trademark yellow color.

The Mumm tour involves champagne tasting and also provides a great deal of information on how champagne is prepared. They even show the visitors an interesting movie and tell them briefly about the history of the winery.

There are different types of tours. The less expensive ones provide visitors with one glass of wine and a surprise glass as well. The staff does not pressurize the visitors to buy champagne from their shops and are ready to answer all questions and clear any doubts.

The company was founded by three brothers Phillip, Gottilieb and Jacobus Mumm. The Mumm brand is famous for its red ribbons. The Mumm property was confiscated because the Mumm brothers never became French citizens. The company is owned by Pernod Ricard.

Veuve Clicquot is considered to be an all time class champagne brand. If you want to buy a bottle, order Veuve Clicquot online there are a number of sites available, which have home delivery options. You can order the bottle for yourself or send it as a gift to your loved ones. The Veuve Clicquot champagne house does not have shipping facilities.

4 Tips For Picking The Best Restaurant While Travelling