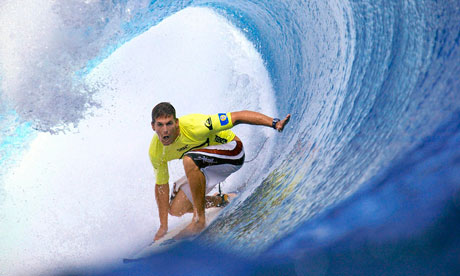 Australia has long been famed for its 11,000 miles of beautiful coastline and of course it’s excellent surfing. It is arguably one of the most popular sports and pastimes in Australia, with much of the population living on the coast with access to the beaches.

Australia was introduced to surfing when in 1910, Tommy Walker returned to Sydney with a 10ft surfboard which he had purchased in Hawaii. He quickly became an expert in the sport and in 1912 showcased his skills and the sport at several exhibitions in Sydney.

In 1914 and 15 the sport gained national exposure with further exhibitions in Sydney – this time hosted by Hawaiian Olympic sprint champion, Duke Kahanamoku. The Duke’s board is still on display in the Freshwater Surf Life Saving Club, Sydney.

Since then the sport has grown hugely in popularity, taking hold dramatically with the surfing culture in the 1960’s to quickly become something you can find on most beaches in Australia – but with 11,000 miles of coastline to choose from, where are Australia’s best surfing spots?

New South Wales has long been a popular surfing spot; it was first discovered in the early 1970’s and since has become world famous as the home town of surfing professional, Nat Young. Whilst all along the coast of Byron Bay the waves are excellent, many are drawn to the town for its traditional hippy culture and laid back vibe.

For those of you who have a long board, Noosa is one of the best places to surf in the world – the beach is famed for its photogenic properties and offering a 200 metre ride on a good day. On its best days the beach is packed with expert locals on their long boards, whilst quieter days are perfect for those new to the sport. Bells beach is home to Australia’s oldest professional surfing event – now known as the Rip Curl Pro – and is often referred to as “the home” of Australian surfing. A combination of swells from the south and shallow reef beds create waves that can reach five metres or more – when the waves are big the beach is strictly for those who know what they’re doing.

Yallingup is famed all over the world for its breaks. It is not an uncommon site to see even the best of surfers in helmets at Margaret River due to six metre swells and offshore reef – it is not suitable for those new to the sport and attracts professionals from all over the world. However the rest of the area is considered the best all-round surfing destination on the west coast – depending on the swell the waves can be suitable for beginners too.