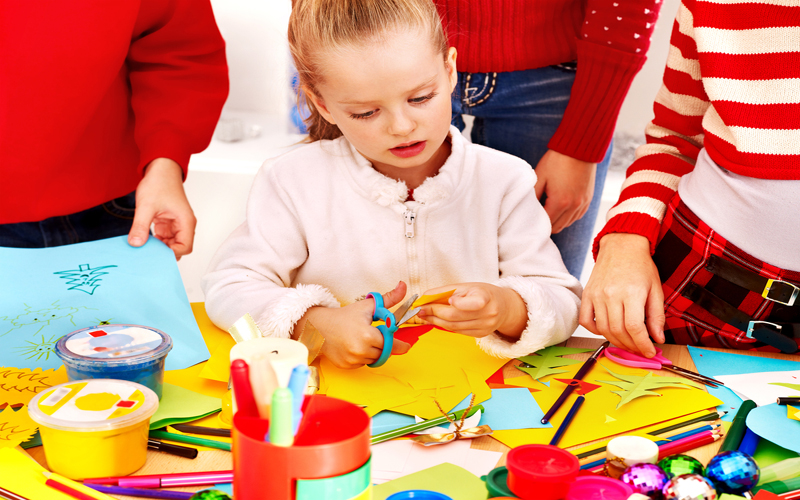 These days, it’s getting harder and harder to get kids into the kinds of activities that are actually good for them. Technology can be a great thing, but when it comes to getting kids involved in anything that doesn’t involve one form of screen or another, technology makes life pretty tricky for parents. Of course, the key lies in instilling positive habits from the earliest possible age, but even then it can seem easier said than done to even go about choosing such a pursuit in the first place.

One perfect example of a pursuit to gun for early on is arts and crafts, which might seem a little old-fashioned and basic but are nonetheless hugely beneficial. It can often take little more than some good card making supplies and a gentle nudge in the right direction to help any kids not only have a great time, but do their development a world of good at the same time.

All this from arts and crafts? It’s true…and here’s why:

It’s Good For Their Development

First of all, home-based activities like making cards and the like might not seem like the most educational activities on Earth, but in terms of development in general they can indeed be pure gold. The reason being that when it comes to inspiring creativity and practicing things like hand-eye coordination, arts and crafts hit so many nails on the head. They’ll develop skills they didn’t know they had and find themselves naturally interested in something that could turn into a life-long hobby.

It’s Good For Their Health

How can arts and crafts be good for a child’s health? It’s easy really – any time they spent around the table with the craft supplies is time they are not spending glued to one kind of screen or the other. As mentioned, it’s never been harder to drag kids away from modern technology which although in many cases can be fun and educational doesn’t do their physical health a world of good. Arts and crafts aren’t likely to set their hearts racing or see them break a sweat, but it’s better for their health than staring at the TV.

Chances are that as soon as you get started with the kids, you’ll find yourself having just as much fun as they are. It’s the kind of activity you won’t have to force yourself to be a part of just for the sake of making sure that they have fun, as you’ll soon find that you’re also having a great time with what you’re doing. As such, it quickly turns into a quite wonderful bonding experience that’s guaranteed to bring the two, three, four or more of you closer together as there’s really nothing quite like sharing the same passion.

It’s Something They’ll Enjoy for Life

As touched upon above, there really aren’t too many things a younger child will enjoy at the time that they’ll continue to both pursue and enjoy for the rest of their lives. However, when you get a child into the idea of arts and crafts from a young age, there’s a very good chance it will be something they’ll continue to enjoy for the long term. They may not pursue a career in card making as such, but it’ll at least be something they can enjoy long after they’ve grown up and perhaps pass their skills onto their own kids too.

Something else to bear in mind is that arts and crafts can be useful – why not start making your own greeting cards on a permanent basis? It’s not only hugely satisfying to come up with your own cards and gifts this way, but you’re also guaranteed to delight whoever it is you give them to. Everyone knows that homemade gifts mean infinitely more than those picked up off standard store shelves, so if you can get the kids into making things that put real meaning into their gifts, it’s a really great way to go.

Last but not least, of all the fun activities you can get your kids into from an early age, it’s probably safe to say that arts and crafts is perhaps one of the most affordable of all. These days in particular, it costs next to nothing to hit the web, hit up a leading store and place an order for a pretty large selection of bits and pieces for next to nothing. And when you bring in the stuff you already have lying around the house, you’re effectively bumping up your arsenal 100% free of charge!

Online Degree Programs: How To Separate the Good From the Bad