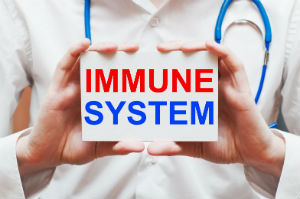 There have been numerous myths about the ill-effects of THC and CBD, and more and more of these myths have been debunked with scientifically backed evidence stating the positive effects marijuana oil can have on our body and mind, especially on your body’s fighting disease mechanism. With that being said, it is no secret that before using THC or CBD it is strongly recommended that you do as much research as possible to ensure that you get the right directions you need to use THC or CBD safely and effectively.

Extensive research has shown overwhelmingly positive results of the sustained use of hemp oil on our body’s defense mechanism. Before we move on further to substantiate these claims, let us discuss the compounds. Cannabinoids are the chemical compounds present in the cannabis plant producing 2 of the most important elements of the plant.

Out of the 85 compounds present, THC and CBD are said to be the most important because of their increase usage in medical circles, benefitting from their anti-inflammatory properties and the natural ability to protect our neurons from any kind of injury or degeneration.

ECS Symptoms on the Body

There are two types of mechanisms through which the body’s defense foundation fights diseases: through cell-mediated immunity and humoral immunity.

Our body can almost be called to be fuelled as a cannabis immune infrastructure functioning as a network of receptors, referred to as the EndoCannabinoid System (ECS).

Similarly, when the body’s immunity is under-utilized, it makes your body more susceptible to diseases such as cancer and other devastating infections.

How ECS and CBD help your Body’s Defense?

Both work together to help your body not just stay healthy, but function at a more optimal level than before, and this phenomenon is referred to as “immuno-cannabinoid modulation.”

By injecting or consuming hemp oil in controlled proportions, it reacts with your ECS in a way which has known to reduce inflammatory responses in certain patients with auto-immune diseases such as multiple sclerosis, arthritis and even Parkinson’s.

It can be reasoned that hemp oil has the ability to reduce the effect of such infections drastically.

There has been significant research in the field of this study, and plenty more evidence is being collected. Its legitimate use can bring about a revolution in health-care and bring us to the brink of medical breakthroughs.

Related Topics:CannabinoidsECShealthImmune System
Up Next