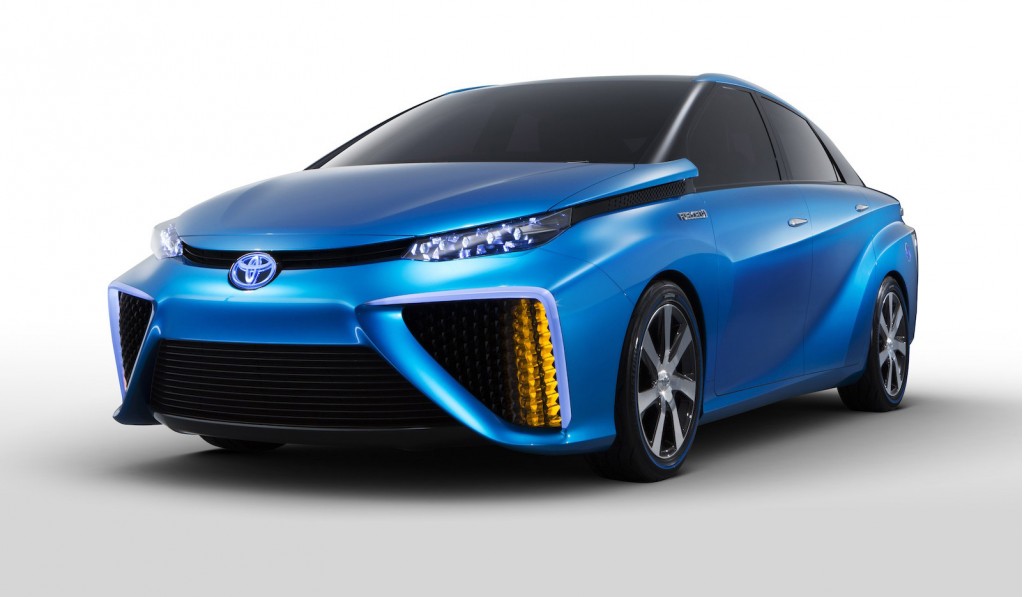 Gasoline/electric hybrid cars are much older than people believe; Ferdinand Porsche invented the first one in 1901. Making them on a large scale did not become feasible until the 1990’s, when the Toyota Prius and the Honda Insight first came on the scene.

Cars that don’t rely on conventional fossil fuels have at least two major attractions. They are cheaper to fuel, and they are better for the environment. Electric and hybrid cars don’t produce the emissions that contribute to air pollution and climate change. Assuming the electricity used to power the cars comes from a renewable energy source, the cars don’t contribute to pollution or climate change at all. Unfortunately, coal is still the dominant source of electricity in most parts of the United States and produces nearly 45% of the nation’s electricity.

The First Generation of Hydrogen Cars

Hydrogen fuel cells are the newest technology for powering cars. One of the first cars to be made with a hydrogen fuel cell is the Toyota Mirai (Japanese for “future”). It is based on the FCV (Fuel Cell Vehicle) concept car that was shown at the 2013 Tokyo Motor Show. It began selling in Japan in 2014 and in the US a year later. The Mirai boasts a fuel economy of 66 miles per gallon and a range of 312 miles. Honda is putting out an FCV that has a range of 435 miles, and Hyundai is already making the Tucson FCEV, which has the distinctions of being the only hydrogen-powered car that can be leased and is being mass-produced. There are currently 620 hydrogen fueling stations in the world.

Hydrogen-powered cars are a type of electric car, but they have fuel cells rather than batteries. Like other electric cars, they don’t produce emissions. Instead, their fuel cells convert hydrogen and oxygen into water, which either gets recycled or dribbles out of the tailpipe. While it sounds simple, researchers have found it difficult to create technology that is cheap enough to be mass-produced. Unfortunately, while there are several methods for producing or isolating hydrogen to use as fuel, most of them rely on fossil fuels like methane to produce the needed heat. An exception is electrolysis, which uses electricity to split water into hydrogen and oxygen.

Advances in valve technology have been important in this case because of the small molecular size of hydrogen. All API 6D valves used for hydrogen pipelines must be pressure tested with helium to meet safety criteria. Instead of using gaskets, leaks are eliminated by customized welded bonnet valves (help with terminology here)

Storage has been another problem, for it used to take a lot of room to store the hydrogen that can produce the same amount of energy as a tank of gas. These days, there are compressors that can increase the amount of hydrogen stored in a fuel station or car. FCVs are generally designed to run on 350 or 700 bar. The latter is more expensive, but enables the car owner to travel further.

An even greater difficulty has been safety: Hydrogen is both explosive and inflammable. It has taken researchers decades to find solutions to these problems in order to make a car with a hydrogen fuel cell. Toyota, for example, began working on cars with hydrogen fuel cells back in 1992.

FCVs also currently don’t last as long as gasoline-powered cars do. While a well-maintained gas-powered car can keep running for 150,000 or even 200,000 miles, an FCV lasts for only 57,000 miles. An FCV is also currently much more expensive than a conventional car. Developing the needed infrastructure will also take time and money. As of August 2015, London had only two fueling stations for hydrogen cars, compared to 1200 for battery-powered cars.

Advantages of the FCV

Both battery-powered cars and FCVs need to be charged, and the FCVs enjoy some clear advantages. While fully charging a battery-powered car takes hours, charging an FCV takes four minutes — which is roughly comparable to fueling a conventional car at a gas station. FCVs also have a greater range than do cars with batteries: 500 kilometers (310.7 miles) versus 200 kilometers (124.3 miles). At current state, there’s many tweaks yet to be made, and drivers also need to embrace change. With proper research and development, as well as conscious shift towards a cleaner planet, both hydrogen and electric cars have a real chance of taking the throne from their gasoline powered brothers.

Get Fuel At The Right Price From Petroleum Wholesale

Improve Yourself by Projecting The Nature In Your House