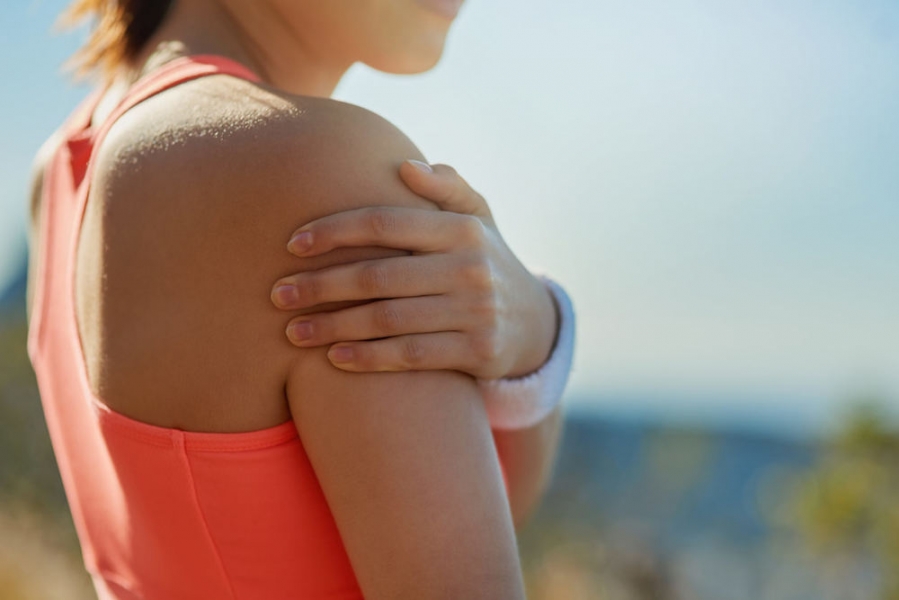 Competitive sports are high impact activities, potentially causing acute shoulder and arm injuries among athletes, such as bone fracture. Chronic injuries in both areas may include bursitis and overuse. Coaches should be able to differentiate between mild, moderate and severe injuries, so they are able to take care of their athletes. As an example, there different levels of severity for ligament sprains and tendon strains. Human arms are a complex mechanism, with the forearm composed of the larger ulna and the smaller radius, while the upper arm has a single main bone, the humerus.

Both parts of the arms are connected by elbow joint and the entire arm is connected to our body on the shoulder. Our shoulder has plenty of flexibility and mobility, due to the presence of five joints. Shouder blade (scapula) and collar bone (clavicle) are also essential for the arm performance, although they are not located on the arms themselves. Due to the complicated arrangement, there are many ways for our arms to get injured during sporting activities. Even a moderate impact at specific angle and position is enough to cause injuries at mild or moderate severity.

As an example, collar bone fracture may happen, if we experience direct impact on the collar bone itself, while our arms are being outstretched. Athletes may also suffer from shoulder dislocation when the ligaments that connect the scapula to the humerus are stretched or in more severe cases, torn. Partial dislocation of the primary shoulder joint is known as the subluxation. It’s caused by strong impact between athletes, severe twist of the shoulder and fall over with outstretched hands. The ligament that connects the sternum, shoulder bone and collar bone can also be torn. This could happen when athletes suffer from direct blow to their sternum or shoulders.

Bicep injuries may include bruises, muscle strain and for a more severe case, the rupture of the tendon near the shoulder joint. This could happen due to intense weightlifting and direct impacts in high intensity sports, such as hockey. Repeated overhead movements, such as golf and swimming could also cause a chronic injury called impingement syndrome. When athletes suffer from this condition, it is likely that the long head of their biceps are damaged. Bicipital tendonitis and rotator cuff happen when the tendons are inflamed, it’s relatively more common on baseball and tennis players.

Adhesive capsulitis is also known as frozen shoulders due to abnormalities on tissues between the joints. This condition may cause loss of motion and pain. This could happen due to repetitive soft tissue tearing around the main shoulder joint or glenohumeral joint. Common treatment for these injuries is RICER or rest, ice, compression, elevation and referral from specialists for about 3 days after the injury. Prompt medical care is essential for more serious medical problems, such as bone fracture and joint misalignment. For athletes with ligament tears ore serious fractures, they may need up to two months of rest, followed by one month of rehabilitation period to restore the functions of their arms and shoulders.

How Coaches Can Manage Relationship With Parents Of Young Athletes?